McFails beyond the Asia Dome 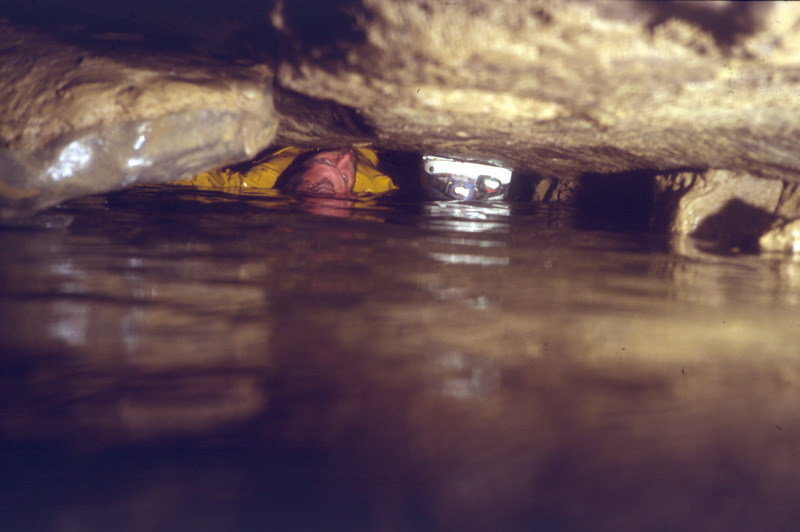 Jim just before the construction in the “lie back”. 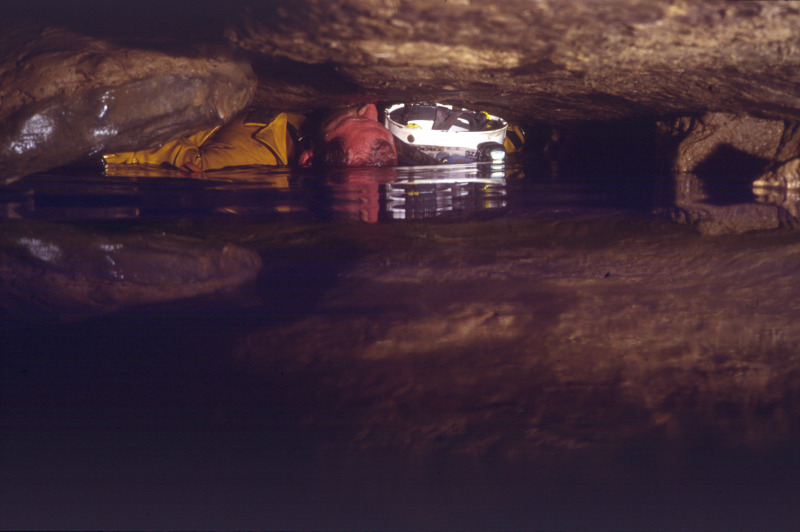 Jim makes progress through the “lie back” having made it past the constriction. 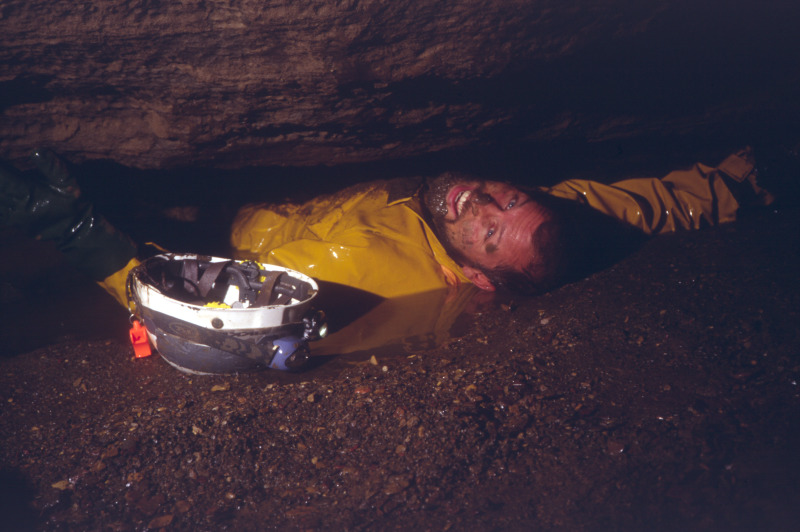 Jim relaxes on the gravel back having made it through the “lie back” connection from Asia dome to the new discoveries in McFails. The second person ever to lay on that gravel bank. 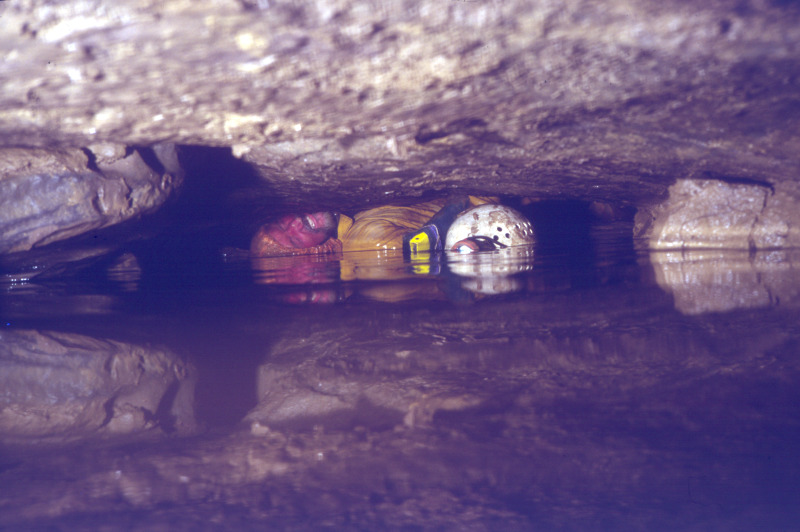 Peter’s first attempt at the “lie back” connection from Asia dome to the new discoveries in McFails. 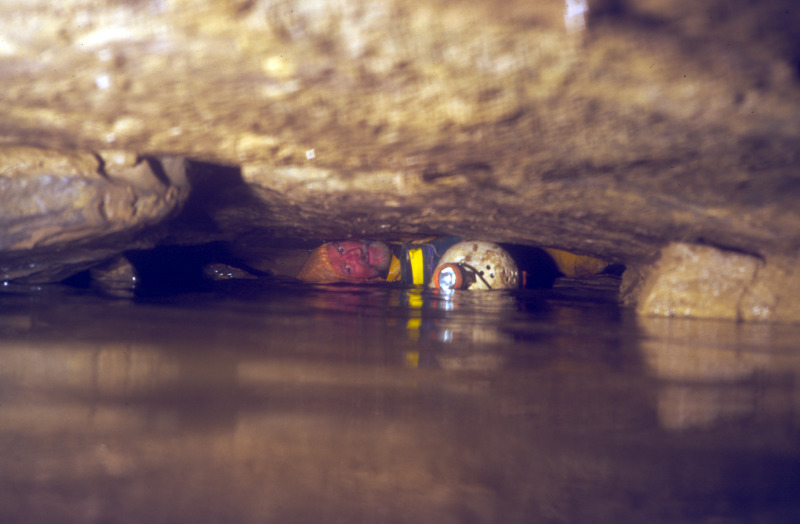 Peter’s second attempt at the “lie back”.

Jim in “N Korea” – somewhere past the Asia dome and somewhat unstable. The is a breakdown chamber up W of the main streamway (at station 5Y), estimated size 30’ by 50’. 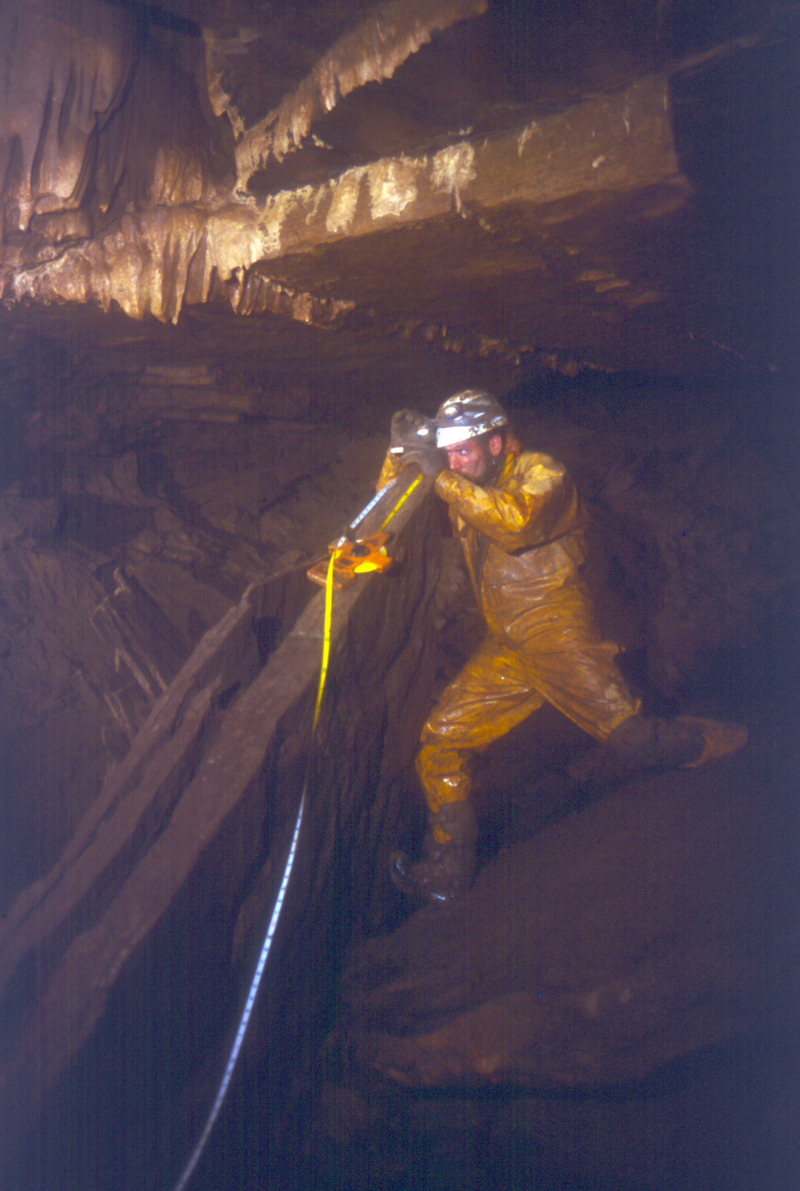 Jim sights azimuth from station 5Y (PY5), the last station of the day. A rather foggy picture of Jim next to a wall of helictites (E wall just past station 5Y). 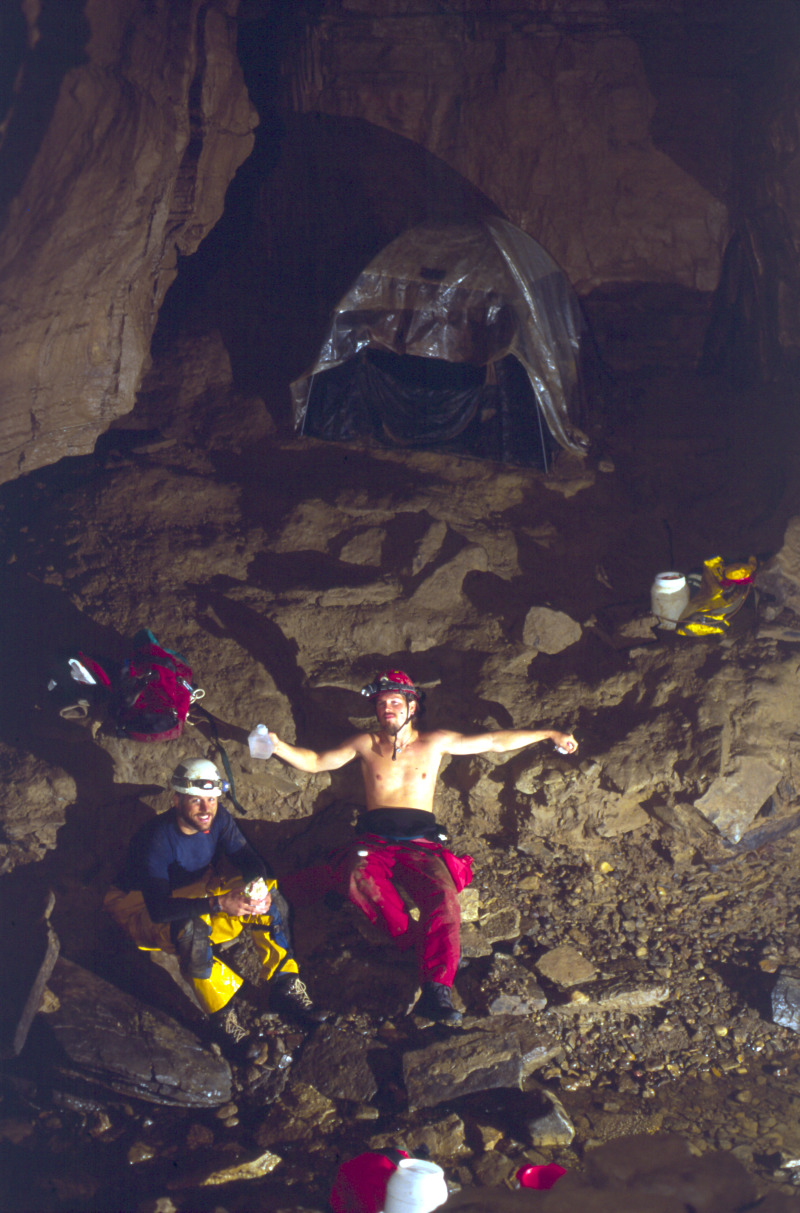 Jim and David (shirtless, whooa!) take a break, eat and change into extra wetsuit tops in the NW dome before tackling the way on to the Asia dome. The tent in the background was left as a rewarming tent from the 1990 survey to the Asai dome. 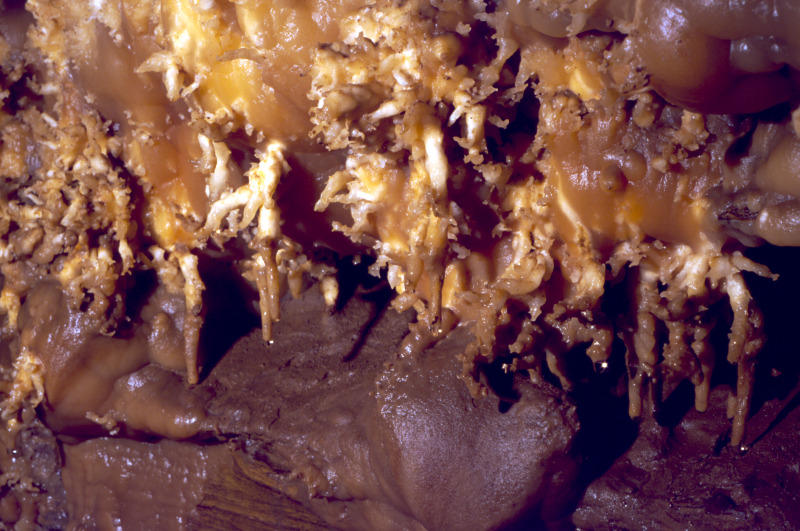 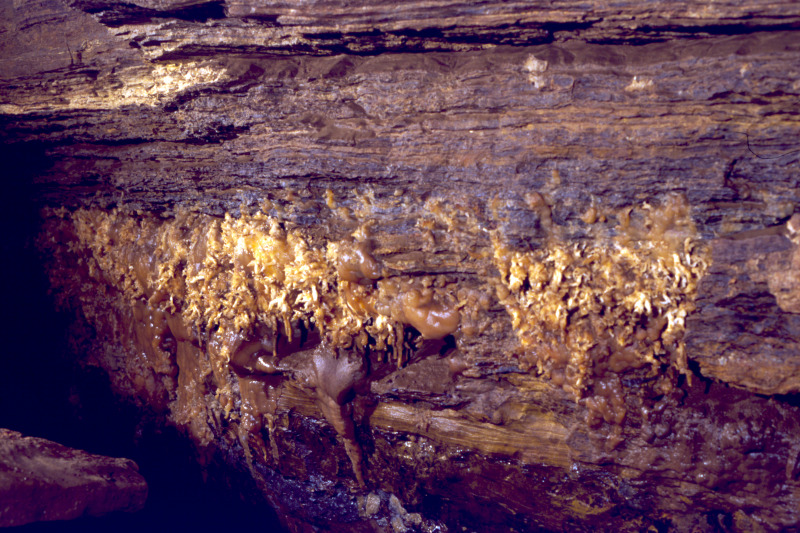 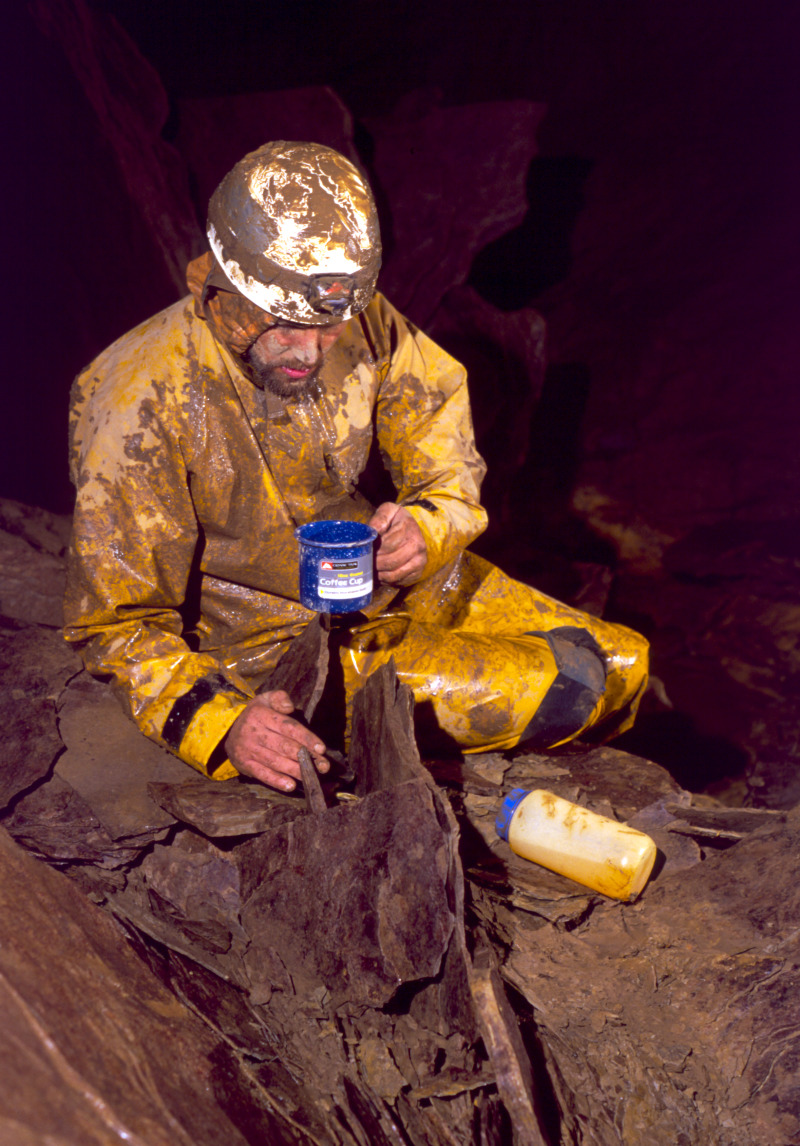 Jim warms one hand over the sterno while drinking a hot orange drink. Warming up after a couple of hours surveying and a few thorough soakings (in the bering sea, the baffin ear dip and the lie back connection). Near “N Korea” (station 5Y). David (closer) and Jim heading back along the “stomping” passage after. (Taken from around station YC26, station YC25 is on the wall obscured by David.) 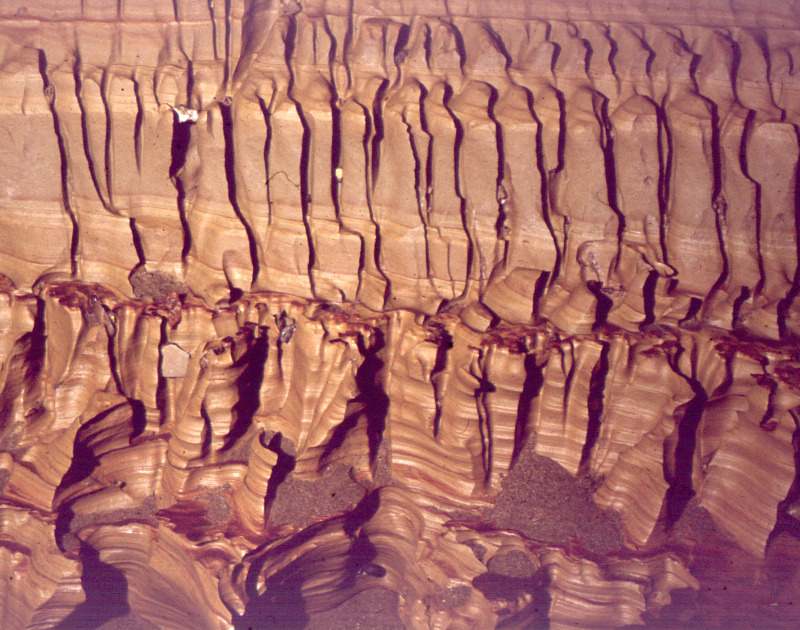 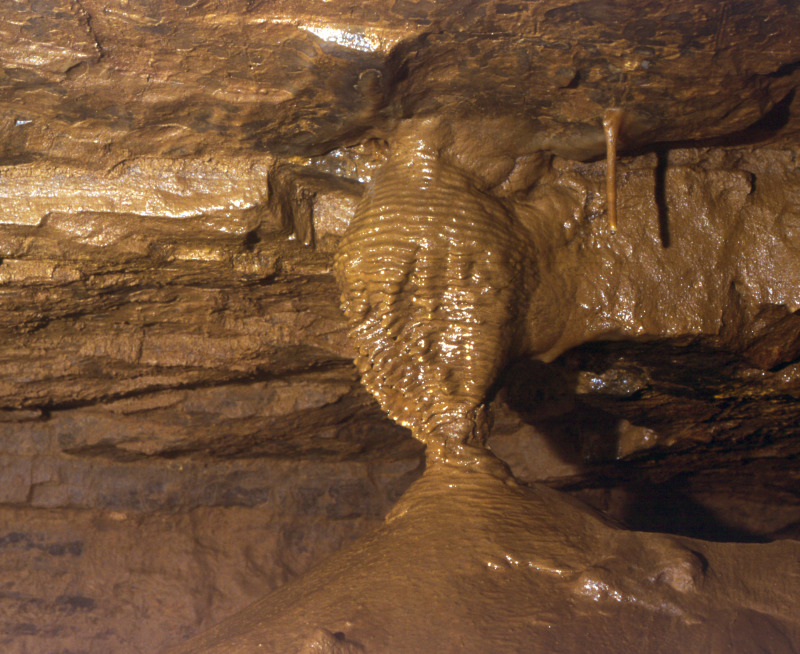 The “hornets nest” formation (W side of passage; station YC23 on mud bank below the formation). 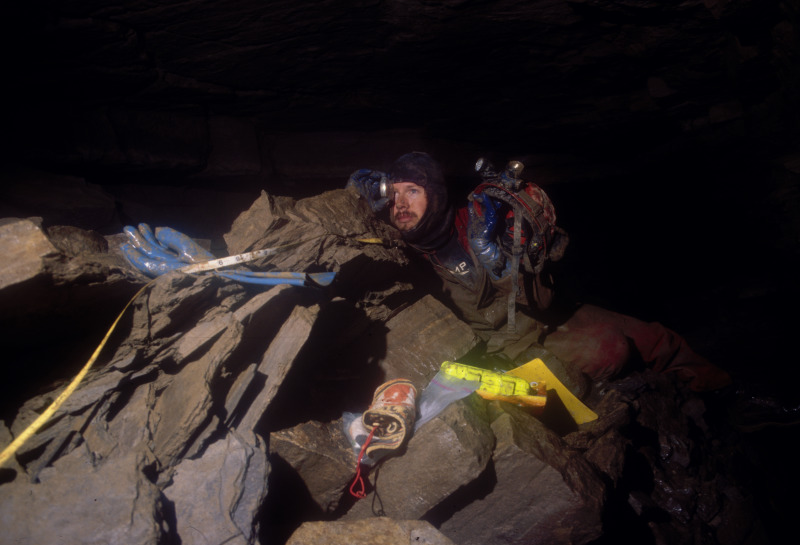 David surveying in the extensions past the Asia dome in McFail’s cave (station YE1). 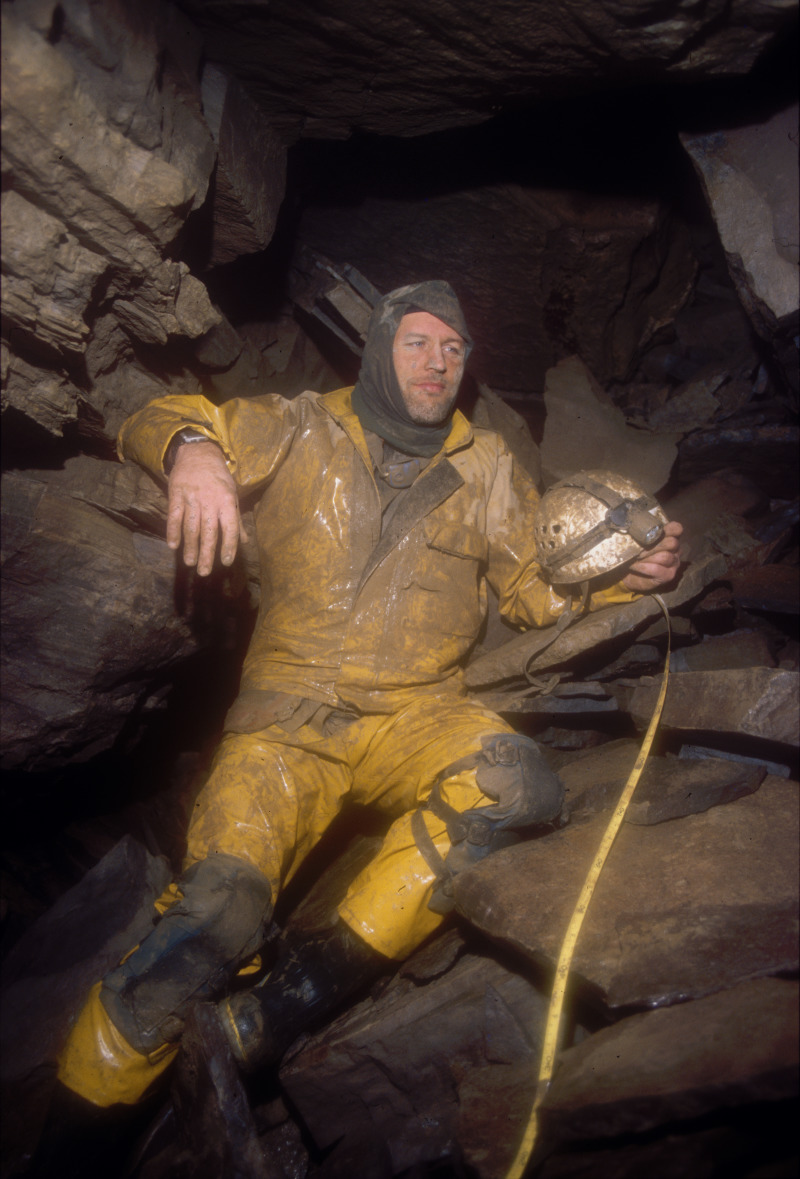 Jim surveying in the extensions past the Asia dome in McFail’s cave (station YE2).

All photographs by and copyright of Simeon Warner unless otherwise noted. Page orginally created 2006-10-05