I started trying to take photos in caves in the early 1990's and sometime in 1996 I got access to a slide scanner at Syracuse University. Here are a few early shots that I liked, even though the photographic and scan qualities are quite embarrassing! 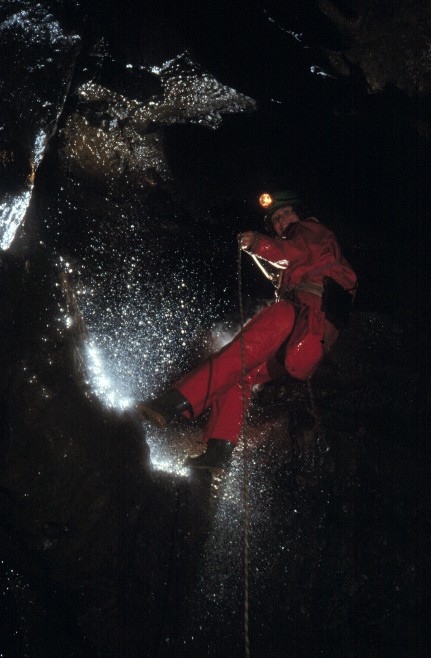 Going over the lip of the short pitch in Valley Entrance, Kingsdale, Yorkshire, UK (June 1994). 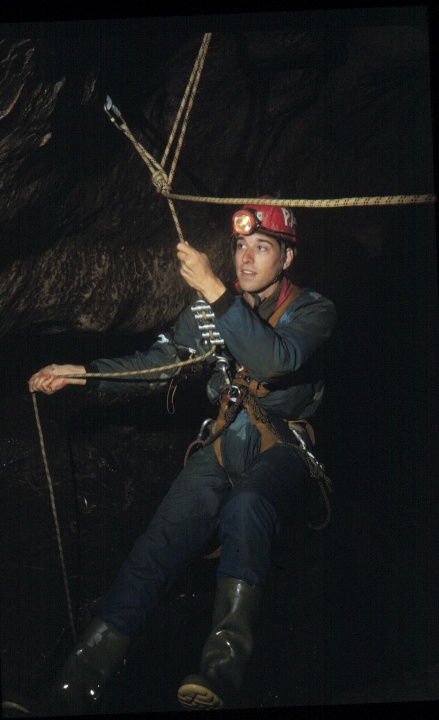 Paul Turner about to abseil down the short pitch in Valley Entrance, Kingsdale, Yorkshire, UK (June 1994). 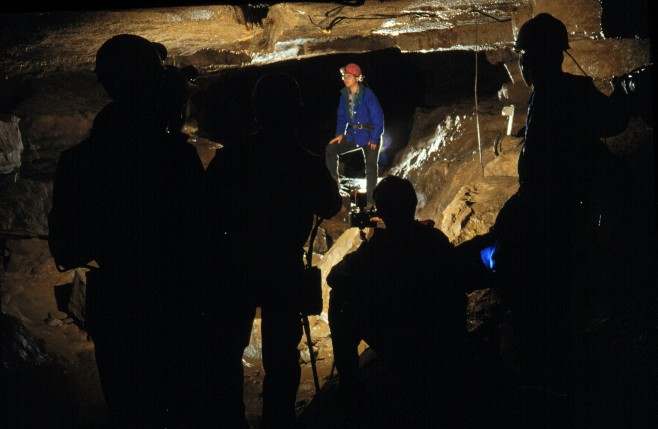